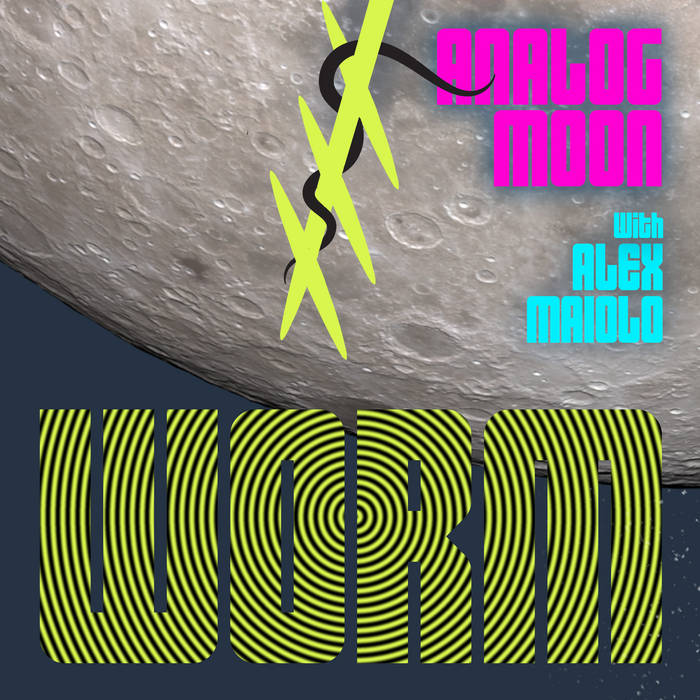 𝘖𝘶𝘵—𝘰𝘶𝘵 𝘢𝘳𝘦 𝘵𝘩𝘦 𝘭𝘪𝘨𝘩𝘵𝘴—𝘰𝘶𝘵 𝘢𝘭𝘭!   ⁣
𝘈𝘯𝘥, 𝘰𝘷𝘦𝘳 𝘦𝘢𝘤𝘩 𝘲𝘶𝘪𝘷𝘦𝘳𝘪𝘯𝘨 𝘧𝘰𝘳𝘮,⁣
𝘛𝘩𝘦 𝘤𝘶𝘳𝘵𝘢𝘪𝘯, 𝘢 𝘧𝘶𝘯𝘦𝘳𝘢𝘭 𝘱𝘢𝘭𝘭,⁣
𝘊𝘰𝘮𝘦𝘴 𝘥𝘰𝘸𝘯 𝘸𝘪𝘵𝘩 𝘵𝘩𝘦 𝘳𝘶𝘴𝘩 𝘰𝘧 𝘢 𝘴𝘵𝘰𝘳𝘮,   ⁣
𝘞𝘩𝘪𝘭𝘦 𝘵𝘩𝘦 𝘢𝘯𝘨𝘦𝘭𝘴, 𝘢𝘭𝘭 𝘱𝘢𝘭𝘭𝘪𝘥 𝘢𝘯𝘥 𝘸𝘢𝘯,   ⁣
𝘜𝘱𝘳𝘪𝘴𝘪𝘯𝘨, 𝘶𝘯𝘷𝘦𝘪𝘭𝘪𝘯𝘨, 𝘢𝘧𝘧𝘪𝘳𝘮⁣
𝘛𝘩𝘢𝘵 𝘵𝘩𝘦 𝘱𝘭𝘢𝘺 𝘪𝘴 𝘵𝘩𝘦 𝘵𝘳𝘢𝘨𝘦𝘥𝘺, “𝘔𝘢𝘯,”   ⁣
𝘈𝘯𝘥 𝘪𝘵𝘴 𝘩𝘦𝘳𝘰, 𝘵𝘩𝘦 𝘊𝘰𝘯𝘲𝘶𝘦𝘳𝘰𝘳 𝘞𝘰𝘳𝘮.⁣
⁣
-𝐄𝐝𝐠𝐚𝐫 𝐀𝐥𝐥𝐚𝐧 𝐏𝐨𝐞⁣
⁣
⁣
Tonight is the Worm Moon, and we're all crawling out of hibernation, shaking off the flannel and wool to bask in the warmth of summer once again. With a freshly honed appreciation for fresh air, we'll all be gathering soon, faces covered or not. Our third installment of To Owe To One is a collaboration with a friend of a friend who has become a friend himself. Our occasional bass player, Matt, used to tell us stories of his friend Alex while we procrastinated in the practice space. Alex lives a few hours away and travels even more often than we do, but eventually we met and of course, hit it off. I asked Alex to join us for "Worm" because I thought the subject was ripe for creative interpretation, and what better medium for worm interpretation than the tangle of cables and clusters of buttons and lights found in the realm of modular synthesis. So from our own devices and across the void of the internet, we volleyed ideas back and forth until one had traction. Alex's initial creation was originally intended to be chopped up, reconfigured, and arranged, but in the end was left almost entirely unchanged. It writhes below the surface of the song like worms, bringing life from the decay. Too much? Listen and be the judge.⁣
⁣
Special thanks to Alex (@alexmaiolo) for his worms and to Manue (@mnlsps) for her invaluable help with the French translations for @sulli_jt's verse. Collaboration is all the rage this season.⁣
⁣
#ToOweToOne #WormMoon #bandcamp #music #2021 🪱 🌕

When I wake up, so do the worms, rising to the surface of my mind
When I lie down they rest, casting all their ruin close behind
I do not so much see them, but I know they’re there
And it is mutual, of me they are aware
I and the worms working toward an end; In the darkness we’re all blind

Ooh, reciprocate my love
You never fall short of
A specimen devine

When I emerge so does the man; C’est notre rendez-vous du jour
He takes his seat, I take my place; Je le reagarde toujours
We are not friends or foes, but we share a goal
Each of us serves our task; Each of us plays our role
I and the man, we are dismantling his delusions of grandeur